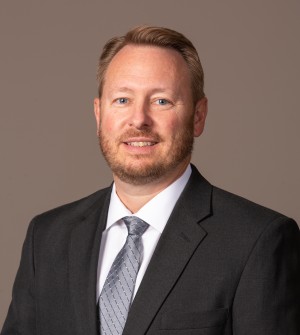 Todd joined the Fund in July of 2013 as the Director of Claims and was promoted to Chief Operating Officer in June 2019.  He is responsible for the day-to-day operations of the company, as well as all claim-related activity with third-party administrators, excess carriers, and Fund Members.  He was instrumental in assisting with the development of the current culture and analytic-based loss control model being used by the Fund.

Prior to the Fund, Todd was an Assistant Vice President for York Risk Services Group. He was responsible for managing multiple workers’ compensation claim offices throughout the Southeastern Region. Todd also worked as an Assistant Vice President with HealthSouth Rehabilitation Corporation.  He was responsible for managing the internal workers’ compensation program for over 50,000 HealthSouth employees covering all 50 states. He graduated in 1995 with a Bachelor of Science from Florida State University.  He also holds the Associate in Risk Management designation.

Todd and his wife, Samantha, have a son and a daughter, Kenly and Charleigh.  Todd enjoys spending time with his family, being involved at Riverchase United Methodist Church, and cheering on his beloved Florida State Seminoles.

We collect your name, email address and personal information in order to direct you to the correct person in our office, and it is necessary in order to appropriately respond to your request. We will not use your information for any other purpose.

January 2021 Financials are now available on the website for review.

Our member benefits are matchless. Put our exceptional loss control, safety and claims management program to work for you.